Two Pairs at Once?

When I bought some gorgeous yarn in skeins, I finally broke down and got a ball winder and swift.  I already had some yarn in skeins, and had even used some, making balls myself.  But it takes longer, and time is short as I'm in the homestretch of a book.   But I also have a lot of yarn bought as balls...and suddenly was faced with a beautiful blue-green (sort of rich aqua color)  already in balls, and the gorgeous deep blue variegated, now in balls I had made myself (OK, with a ball winder and swift.)  How could I resist starting...well...both? 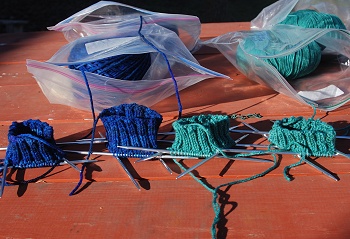 Clearly, I didn't resist.  Now all four socks, both pairs, are on the needles at once.  Which should I pick up any time I sit down?  How long will it take to knit two pairs semi-simultaneously?   Or will I give up that (nonsensical?) notion and go straight to these: 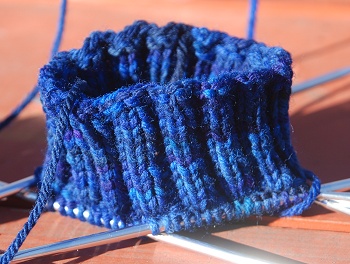 This is Cascade 200 Paints "Isle of Sky", a discontinued color.  I have enough for five pairs of socks.  Now that I've seen it in person, felt it, started knitting with it, I'd buy a lot more, but it's already off the menu at WEBS. Sigh.

On the other hand, I have only enough for one pair of these: 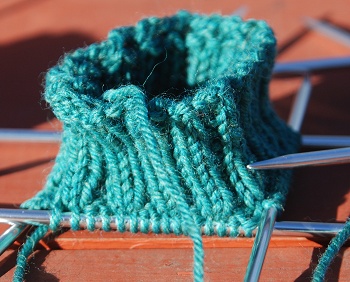