Concert in the Country

On January 25, the public library here hosted a concert by the world-famous Aeolus Quartet.   I planned to take more pictures than I took, but I was gobsmacked by the music and just sat there, entranced.  So was everyone else, except the two newspaper reporters.   Who would've imagined...here...that music...(Haydn, Mozart, Beethoven.) 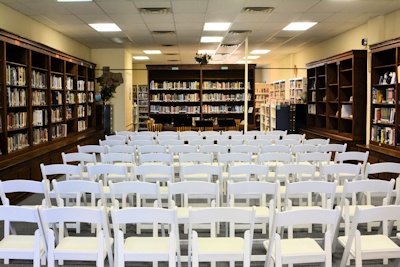 This was the setup in the library before the concert.  This room usually has rolling carts loaded with books; they're now in the back (behind the freestanding dark bookcase beyond the chairs.)   On the right side, the aisle opened into a sort of green room for the musicians, with tables, chairs, refreshments and their own exit to the restroom.   On the left, the aisle led all the way to the back door emergency exit. 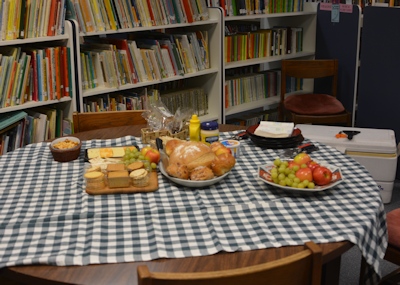 The programs for the performance were printed by  a Library Board member who had leftover wedding invitation paper from a family wedding last summer. 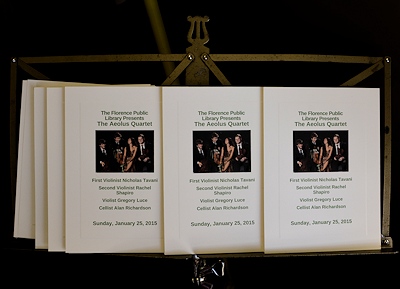 The Library Board volunteers set up coffee, wine, and snacks for the audience before the performance and at intermission...and soon the audience began to arrive. 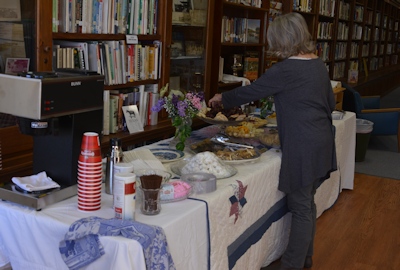 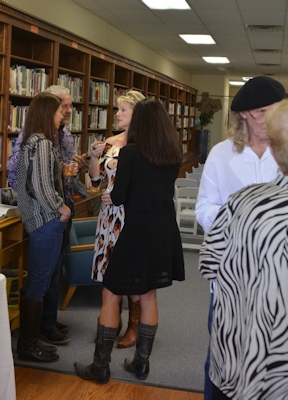 As I said, I don't have any pictures of the performance itself--but it was outstanding, not only for the quality of the music, but the electricity betwen musicians and audience.  Everyone enjoyed it SO much.  (As in, solid applause after every movement, and standing applause after every piece...and you could feel the intense attention of the audience throughout.

Afterward, Bob Ragan (black beret, white shirt, in picture at right above)  took this shot of the musicians and a few of us who'd been involved in either the library, or getting this performance here. 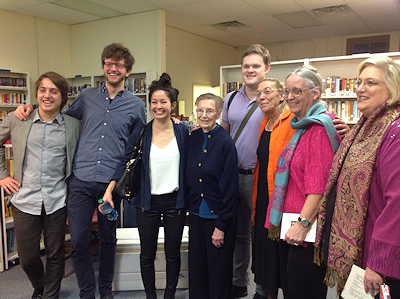 Besides the great pleasure of the performance itself, and the warm, engaging personalities of the musicians, there was the simple wonder of hearing it here, in our very small town that's so often regarded as merely a speed trap on the way to someplace else.  It proved we are capable of better...we can have good things, if we go out and get them.  This happened because of the hard work and imagination of a number of people in town and near town.