Many Things Have Happened...

Thanks to an inheritance, it became possible to do some repairs and refurbishments in the house my mother owned, that we use regularly for guests and entertaining.   Fixing the roof was one priority--the back room has been leaking in some (not all) rains for years, and when it leaks it leaks a lot.  It leaked right before the roof was torn off, when we had the heavy downpours.  A previous fix lasted maybe 10 - 15 years, but flat roofs just have a propensity to develop leaks. The main part of the house had hail damage and tree limb damage, though it wasn't leaking (yet.)   The first roofer didn't show up when he said he would, and didn't call, so after a week or two I went looking for another roofer.   Who got the old roof off, and the underlayment and "skin" of a new roof on before the next deluge...and the roof didn't leak.  There was much rejoicing when the green "wormer" buckets sitting on the table were dry!

Eventually, a metal roof will be up there, but it's not there yet.   Next...the carpeted areas in that house needed work.  The living room carpet (possibly original to the house)  had worn to holes, so the vacuum cleaner grabbed the edges and made things worse.  The pad under it was also worn to nothing in places.   The bedroom carpets also need changing or replacing by refinishing the wood floors, but we didn't have time (or the workforce to move furniture around) for that.

Here's a picture of the roof in the process of removal: 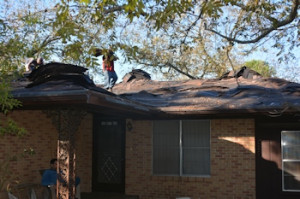 The new roof will be green metal, when the metal comes in.  Except for the back room which will have a heavy, thick white membrane thing.

The carpet has no "before" picture (be glad--just imagine old, stained, beaten up and worn down carpet in one of those "sculpted" styles from way back.  Originally gray, but stained in places.)  This is the new carpet, installed.  It's got a subtle pattern that doesn't show up well in the flash pictures.  It's very pleasant to walk on.   The furniture that used to be in this room was mostly original to the house.  My mother liked it OK.   I did not.   She died 25 years ago in October, so I don't think I was hasty in sending it away to a new home a few weeks ago. 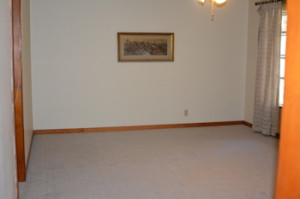 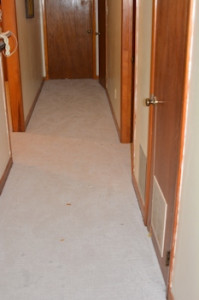 We had a flood in the near meadow, trees and large limbs and old stumps down in the yards & elsewhere, and altogether a very busy time since the last post.   OTOH, 12 and a half inches (roughly) in less than three weeks turned things green, after the lack of rain from the third week in June until the third week in October. 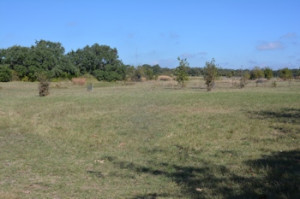 It comes back fast after a drought.
Tags: repairs
Subscribe